Welo and the first Executive Director of the

participated in interviews reflecting on their First Suburbs experiences.

​By definition, a First Suburb is a community that was built or mostly built, near or in many cases
adjacent to central cities, before 1960. In Northeast Ohio, suburban development began around 1900
and progressed slowly until halted by the Great Depression and World War II. 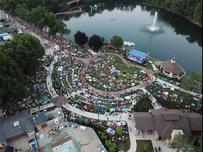 The mission of the Northeast Ohio First Suburbs Consortium is to initiate and support policies and
practices that protect, maintain and redevelopment mature communities and foster regional
cooperation and collaboration.

The History Of First Suburbs

Full membership meetings are held quarterly.  Our next meeting is scheduled for Wednesday, February 1, 2023 at 9 AM. Contact Jennifer Kuzma for details at jkuzma@bedfordoh.gov. 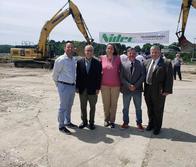 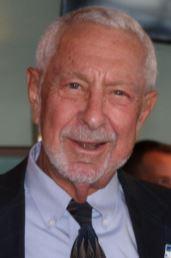 LOOKING BACK..... a message from First Suburbs Founder Ken Montlack

​​
Serving on Cleveland Heights City Council in the late 80s and the 90s, it occurred to me that no matter how hard inner ring cities’ officials and staff worked on critical issues, our cities seemed to be falling behind. It also occurred to me that government policies at federal, state, and sometimes even the county levels, promoted disinvestment in, and outmigration from, the urban core.

Fortunately, several other elected officials in Cuyahoga County’s older built-out suburbs also identified with these challenges. We also recognized that by working together the first suburbs could improve governance and gain seats at the political/economic table alongside financially advantaged exurban areas and the more politically unified central City.

With enthusiastic support from our member-cities, the Northeast Ohio First Suburbs Consortium was formed as a Council of Government and then pursued “Inside Game/Outside Game” efforts. The “Inside Game” emphasized information-sharing dialogue and best practices actions. The “Outside Game”, giving the First Suburbs some advocacy muscle more consistent with our combined populations and other assets. You’ll hear more about how these “games” played out as the history of First Suburbs is explored more in future editions.

Now, the torch has passed to a new generation of First Suburbs’ elected officials and staff, and - - just like their predecessors - - they get it.